Raw Data of HSCODE 9401 exports from India cannot help you grow your profits !

Is HSCODE 9401 a good for Export? What are its growth prospect ?

How Profitable is HSCODE 9401 Export Trade ?

Does the Profits margin vary in HSCODE 9401 Exports ?

Who are Buyers who give high profits on HSCODE 9401 exports ?

Price band wise count of HSCODE 9401 Importers is given in the left chart. Order a HSCODE 9401's Importers Directory for complete information.

Who are Active Exporters of HSCODE 9401 ?

Voleba Qualified team collects information for all over the world to complie latest information on HSCODE 9401 Exporters, Buyers, Countries.

In India export Data, saw the entry of 317 new exporters setting foot in the HSCODE 9401 exports.

United States of America, United Kingdom, Germany were the leading Importers of HSCODE 9401 from India with a market share of 48.129% with a exports value of US$ 25.1 Million.

Forecast : The UAE most likely will continue to remain India top exports destination by 2017, China is emerging as the second largest imports market leaders , as per the exports details.

Which destination Countries show a healthy growth in HSCODE 9401 exports trade from India ?

The exports statistics on left show Growth rate and average price of HSCODE 9401 exports to the United States of America, United Kingdom, Germany, Brazil, France as of Mar 2018.

Forecast : The UAE most likely will continue to remain India top exports destination by 2017, China is emerging as the second largest exports market leaders , as per the imports details.

Which Ports in India, handle maximum amount of HSCODE 9401 trade from India ?

Order a Latest Report on HSCODE 9401 exports from India

We let Our Customers speak for themselves

We have helped 24,000+ companies transform their export import profits, since 24+ Years.

Over 24000+ customers 24+ years of business customers small to large have place their trust on us..come & discover the joy of working with an Expert.

I am so confident of my work, that I offer a 100% MONEY BACK

just work with you on PROFIT SHARING without any upfront fee. 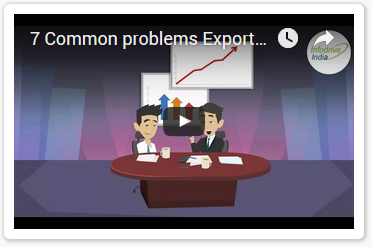 Fill out the form below

Yes I want to Double My profits

After you Submit your Information, my assistant will get in touch with you.
I will review your business, and from there we will figure out what the next best steps are for you.
Cheers,
Raakesh Saraff